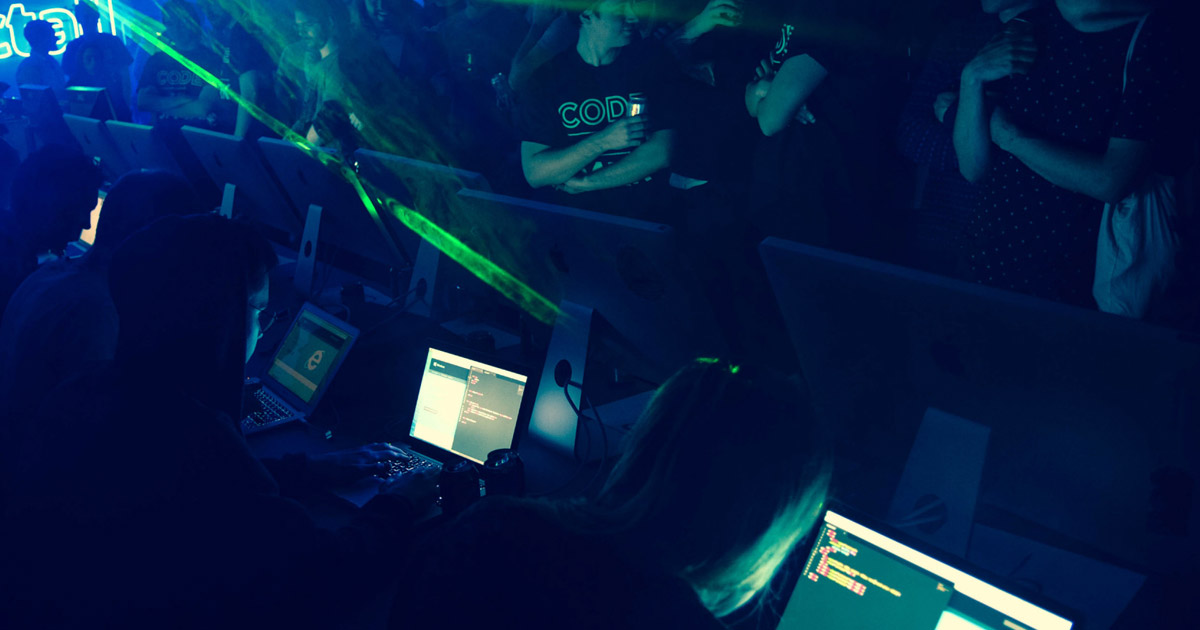 Smoke, Lasers, and heavy dose of bass. Had it not been for the 12 LCD screens glowing through the haze, it would be easy to think you’d mistakenly stumbled into a night at Mint Club rather than UK’s first Code In The Dark event, part of this year’s Leeds Digital Festival.

The concept is both simple and daunting in equal measure - inviting the region’s most adept and fearless Front-End Developers to battle (not quite to the death) against each other in a series of nail-biting 15 minute blind coding challenges in a quest to ultimately crown the UK’s very first Code In The Dark champion.

We sent 4 gladiators into the arena, Si, Will, Adam and Jamie. They fought admirably in their heats, but a cruel mixture of relative image paths, trackpads and distinct lack of Apple products gradually took its toll and as the dust settled only Will and Jamie were left standing. Will weathered a rather brutal round against Donald Trump and Hilary Clinton on the homepage of CNN, whilst Jamie showboated for the crowd with his signature 'Dancing Banana' GIF.

The grand final saw the 6 heat champions take their stools for one last battle, but as the countdown struck zero and the challenge was revealed, a cry of astonishment erupted from the crowd…

A cruel curveball indeed, but one which cranked the atmosphere knob up to 11 as the finalists set to work, frantically trying to recall if the ‘keyframe’ property did in fact require an ’s’ on the end to make it work.

15 minutes of pandemonium later, the final precious seconds ticked by and the results were revealed. An 'interesting mix' would probably be the most accurate description of the outcome, but importantly on a few screens we were actually witnessing movement - an incredibly impressive feat under the most challenging of circumstances!

And so the final round of voting began. It was too close to call between the front-runners, but as the final tally was eventually read out the Engage contingent erupted - Will had triumphed! And in that one euphoric moment, the years of office rumours that Will did indeed have the most impressive Front-End skills were realised.

And so victorious, Will staggered into the sunset (well, to MOJO) to party the night away and phone his Mum to tell her the good news. 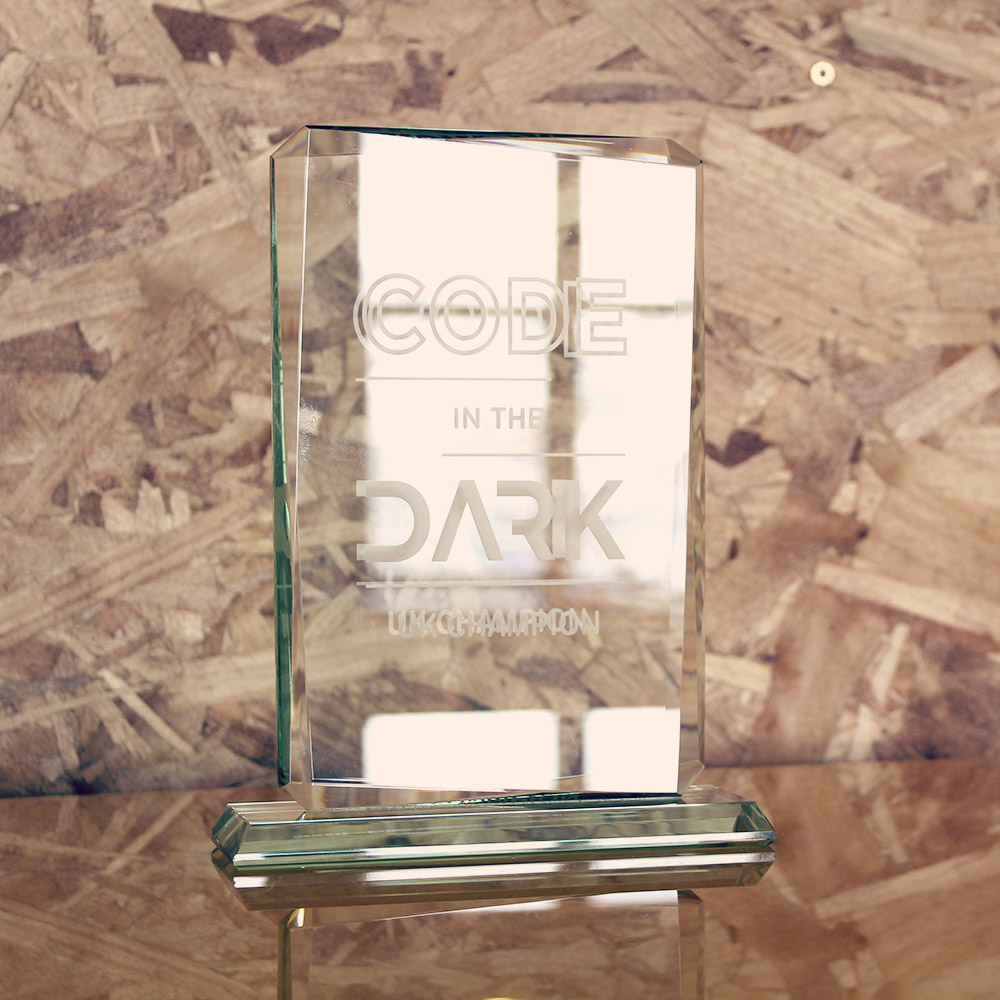 It was a fantastic night overall which, despite a few technical hitches, was brilliantly run by Alex and the guys at Epiphany and we’re all looking forward to seeing if Will can repeat his sterling performance and retain the crown next year.

We've done the double! This year saw Si Willans take top spot in another thrilling display of Front-End prowess. Can we take home the triple in 2018? You'll just have to wait and see!