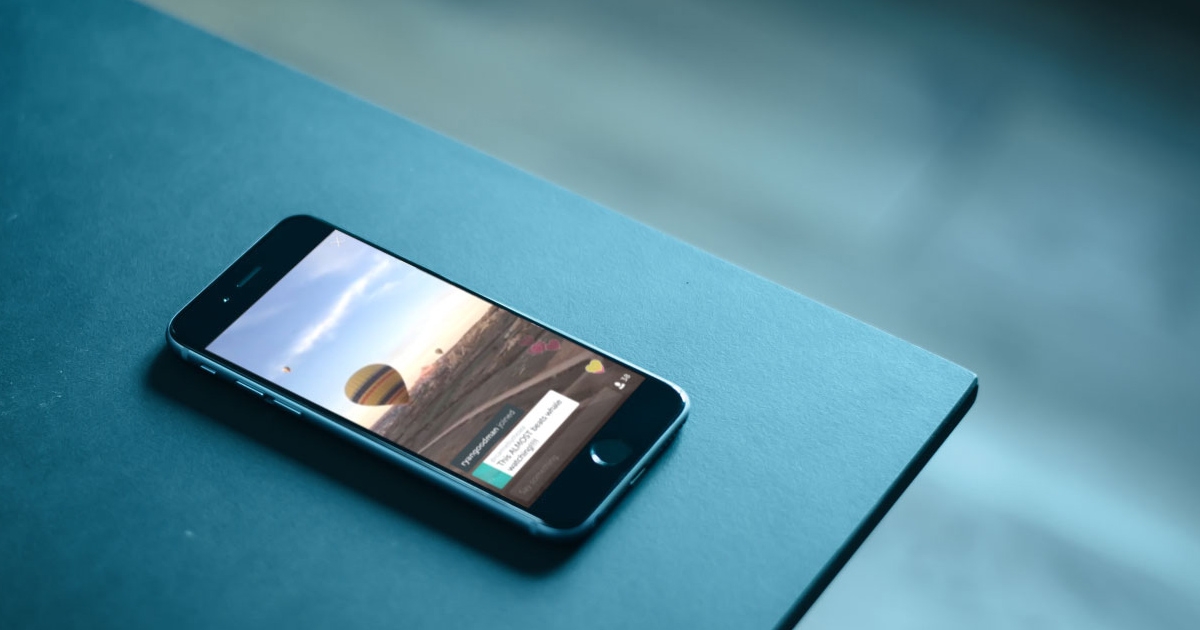 With the whole world going mobile, it’s becoming an increasingly rare experience these days to come across a website which isn’t optimised for the small screen, so why shouldn’t the same go for video? With so much video content consumed on handheld devices these days, we are creating and comfortably watching more and more vertical video, so people are starting to question the “Videos should always be shot horizontally” rule, and rightly so.

It might sound basic, but look out for vertical video as a key trend of 2016.

Let's face it, smartphones are designed to be used vertically, not horizontally. When’s the last time you saw someone scrolling through Facebook feed or using WhatsApp in landscape mode? Even though most apps allow for browsing both ways, the overwhelming majority of mobile users prefer to hold their phone vertically. And interestingly Periscope (a camera-centric app) has put this to the test this by fixing to portrait orientation.

Now’s the time to get on board.

We’re not talking small numbers here. In 2014, video accounted for a dramatic 64 percent of web traffic – up 62% from 2013. And the shift from desktop to mobile was drastic as well – with mobile now accounting for 55% of traffic, and taking into account the fact that 94% of website visits across the world begin in portrait mode, you’ll see why people are starting to question the status quo in this area.

Up until now, vertical video has existed predominantly in the amateur sector, but with wider acceptance, there’s a host of opportunities for brands, creators and designers to take advantage of the additional screen space. It’s early days in terms of brand take-up, but we’ve already been experimenting with a few of our own, like this example for Beefeater:

Vertical video is here to stay, so you better get used to it.

It’s not the most dramatic shift to comprehend (most people probably won’t notice it happening), but if you think about it this is a pretty big deal. Video has been almost-solely horizontal since the advent of television, so this shift in behaviour highlights how much of an influence digital (and especially mobile) and pushes us to challenge perceptions (at the dismay of a few).

With Facebook and other popular platforms introduce means of incorporating vertical video into their offerings (especially for advertisers), it looks like this one’s here to stay.