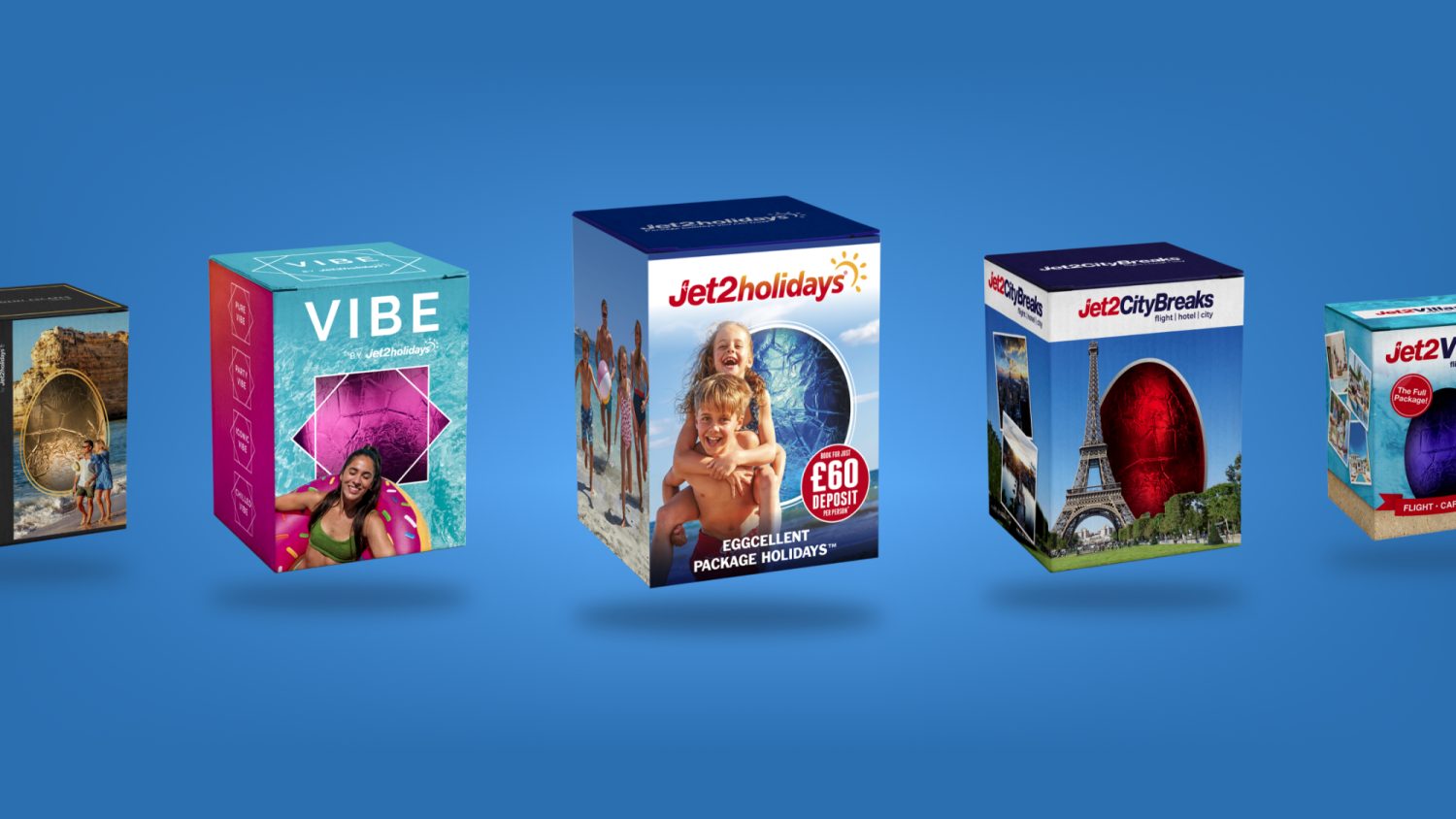 This Easter, within the first few weeks of our COVID-19 lockdown, we launched a campaign for Jet2holidays called Easter Break. It was a fantastic success!

It exceeded all of the campaign KPIs and proved again how successful and valuable a genuinely engaging campaign can be to our clients.

We feel that success for campaigns like these can often be attributed to how you approach onboarding and the user journey.

A lot of the time it boils down to simply understanding and trusting your users. Ensuring that you consider how they interact with the information you present to them and actions that are required of them to progress.

Below I’ve outlined a few key points which we think make all the difference when designing your campaign onboarding journey.

More than just an email

It’s certainly true that with enough motivation, people are not against simply entering an email address into a form and hitting submit.

If your KPI is to add emails to a database, it does work and for many budgets it’s a perfectly valid approach, but at the end of the day, that’s all you’ll have: Emails in a database.

If you want those emails to have genuine long term value with potential to become your customers and return on your investment then you’ll need to offer the people behind them a richer experience; a campaign that allows them to explore and become invested in your brand.

We achieved this with Easter Break by structuring the user journey around the 5 key Jet2holidays brand propositions: Jet2CityBreaks, Jet2Villas, Indulgent Escapes, VIBE and Jet2holidays.

Simply by taking part in the campaign we introduced the user to these brands, their distinct style and the different holidays they offer.

If you take a step back and consider the entirety of a campaign like Easter Break, even though it’s relatively simple, it may surprise you how many concepts there are for the user to understand and actions for them to take.

Rather than risking a high bounce rate and bombarding users with everything the moment that they arrive on a campaign microsite it’s better to maintain control when you introduce new concepts and actions for them to complete.

Easter Break was ultimately a prize draw, but there was more than one prize and you could enter many times.

Attempting to explain the finer details to the user before they have even signed up would have been immediately off-putting as it is actually quite complicated without context.

Instead, it’s best to gradually introduce these concepts, both passively and explicitly.

…it boils down to simply understanding and trusting your users

Here’s the approach we took with Easter Break:

Taking this approach we can reduce drop-off by allowing the user to explore and engage at their own pace, but in a controlled manner.

To illustrate this point: The bounce rate for the entire Easter Break onboarding process was only 18%. The industry average for landing pages of this type is between 30% and 55%.

It’s important to remember that the microsite might only be a portion of the user journey for a campaign like this.

By the time a user arrives they have already been motivated enough to follow a CTA, so there is very little point in using up valuable space on your landing page going over old ground.

A better approach is to allow unconvinced users the option to learn more while focusing on your primary goal: To sign up and engage with the campaign.

However, this will only work if you have a consistent message. Posts on social media, emails, adverts and any other incoming CTAs should all contain the same level of information.

This isn’t to say that the information has to be identical, just that it should have the same relevance. For example: Promote the most suitable prize depending on the demographic’s needs and allude to alternatives.

This also allows you to build your e-marketing and Paid audiences with this in mind and subsequently improve their performance too.

Overall, this approach allows you to keep track of what the user knows and what they still have to learn, with no need to repeat yourself.

Once your users have been onboarded they will arrive at the centerpiece of your campaign: The mechanic.

Carefully planned, the mechanic can be a huge appeal to your users, and if there’s a chance for your campaign to ‘go viral’ organically, then the mechanic will play a big part in this.

Regardless of the exact mechanic you employ we’ve found that if you trust the user, allow them to learn by doing and then reward their efforts with some hidden depth, they are far more likely to remain engaged with your campaign for longer.

That said, allowing your users to learn by doing can be a challenge, it requires careful planning.

Smashing the egg in Easter Break was simple enough to require almost no instruction at all. More complex mechanics such as games require a bit more effort and you may have to explain the controls and the goal, but you should still refrain from explaining gameplay.

If you’ve done your job correctly the gameplay should explain itself - don’t be afraid to let your users fail a couple of times in the process, just make sure that starting over is quick, positive and doesn’t require any effort on their part.

Finally, we always like to include a little extra depth in our experiences.

If you played Easter Break, you probably figured it out pretty quick: You could smash the eggs about 5 times quicker if you tapped the egg in a different location each time rather than repeatedly in the same spot.

It’s so simple, but this little detail was shared proudly by our users as if it was a trade secret that they alone had discovered; a little trick that improved their chances of winning.

We firmly believe that it’s these extra touches that elevate a campaign from simply being ‘okay’ to genuinely great.

If you’re interested in how we implement these ideas in other campaigns why not take a look at some of our case studies:

We’ve consolidated all of our expertise and crafted some delightful nuggets of information and inspiration that you can easily take away to use in your Black Friday strategy.